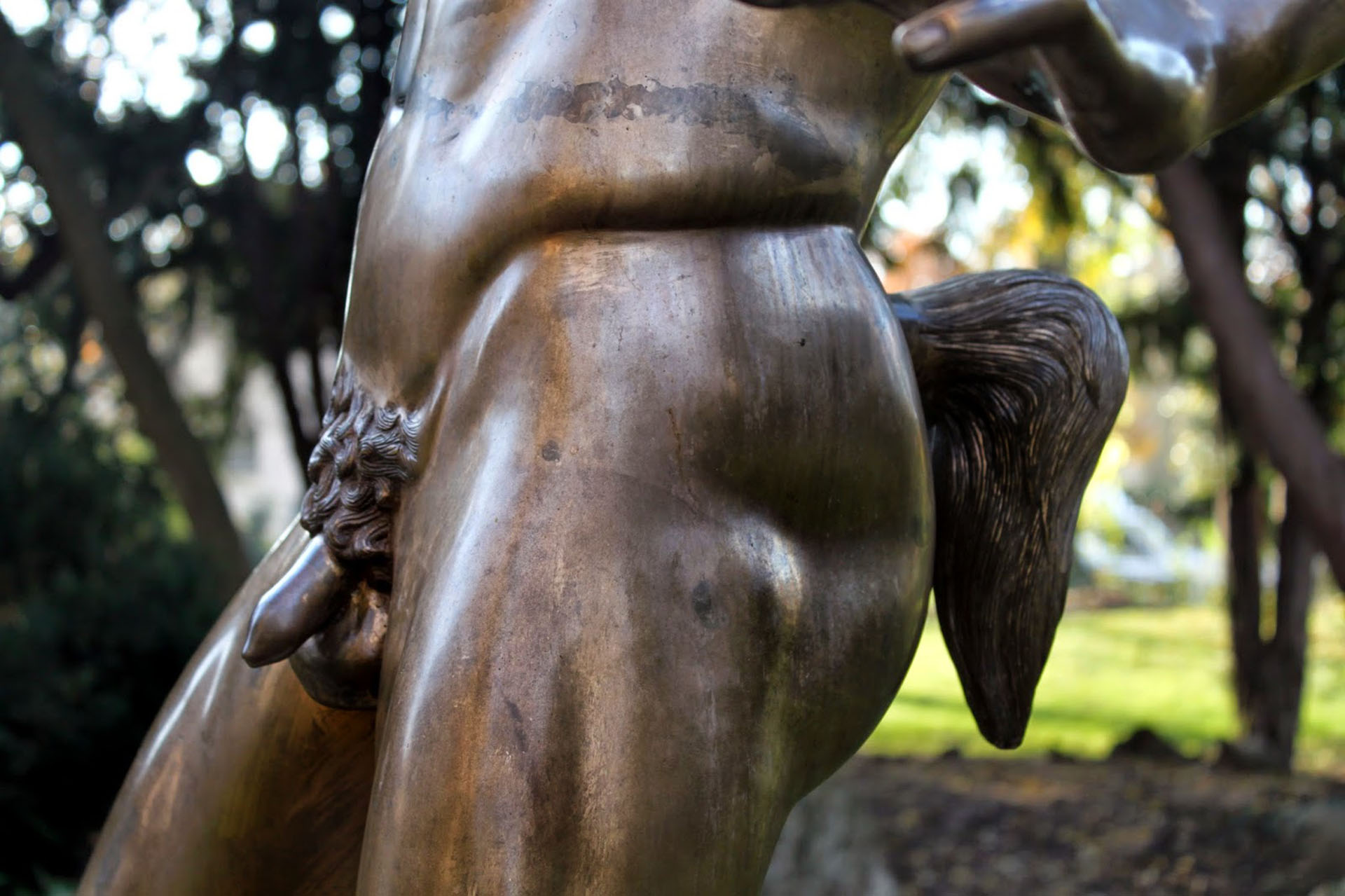 By the calm waters of the Main, in the Museumsufer, we find the Liebieghaus, a museum with an impressive collection that offers an overview of five thousand years of sculpture from Ancient Egypt to Neoclassicism. The splendid Liebieg Villa was built between the 1892 and 1896 by the architect Leonhard Romeis, and combines features of different architectural styles from all over Europe.

Surrounded by a romantic garden where ancient sculptures are hidden between the trees, the Liebieghaus is the perfect place to enjoy a sunny morning in the city of Frankfurt. According to the myth, Athena invented the double flute, the aulòs; and she enjoyed reproducing the wails of a Gorgon with it. However, she threw it into the ground when other gods made fun of her because when playing the instrument, her face and cheeks became distorted. That is when the silenus Marsyas found the aulòs.

A bronze replica of Myron‘s masterpiece Athena and Marsyas depicts the moment of the finding.